Sometimes I believe that, sort of. But mostly that’s when things are going well, and there’s a lot less to blame myself for.

At times like this — times of backache, of fatigue, of having an idea in the morning for what to write about, but forgetting it by dinnertime — it is so hard to escape the feeling that it’s my fault. If only I went to bed earlier. If only I stopped eating before bed. If only I took better care of myself in unspecified other ways. Then my body and my brain would have a chance to heal, and I would feel better.

“You’re very ambitious,” someone said to me a few months ago. I was surprised and a little taken aback. In my mind, I’m someone who used to do a lot — but never enough, of course — and can no longer do a lot. Some days and weeks and months I can do very little.

But she’s right, there are lots of projects I want to work on. In that way, I’m driven. And the fatigue and the backache and the memory problems are not all that hold me back. There are also the fault lines: the narrow ravines and yawning chasms that I’m afraid to cross.

Fault lines like: I can’t start on one project because three or four others also call out for my attention. If I’m working on one, I’m neglecting the others. And that’s my fault.

Or: I can’t start on a project because I’m intimidated. I’ve never done it before. I don’t know what I’m doing and it might not be good enough. I might not even finish. And that’s my fault.

END_OF_DOCUMENT_TOKEN_TO_BE_REPLACED

For all of these, I forgive myself, I pardon myself, and I purge myself of shame and guilt.

Well, not really. But I’m trying.

For the first time since this blog’s inception in 2015, I did not write about the Jewish season of repentance and return. I didn’t write about Elul, the month of preparation for the High Holy Days. I didn’t write about Rosh Hashanah, the celebration of the new year. I didn’t write about Yom Kippur, the day of atonement on whose liturgy I based the confessions above. I didn’t even write about Sukkot, my favorite holiday, the Jewish Thanksgiving (although I’m sitting, as I write this, in our sukkah — the temporary hut that commemorates the fall harvest and underscores the transient nature of our lives).

END_OF_DOCUMENT_TOKEN_TO_BE_REPLACED

I’m skipping ahead to the end.

But today, as I did my morning yoga stretches in the still-warm-enough backyard, I heard a faint, persistent honking. Looking up, I saw a near-perfect V formation of wild geese, flying south.

Instead of reminding me of what comes next — late fall, cold weather, winter — it made me think of the end of “Wild Geese,” the Mary Oliver poem that inspired this blog:

Meanwhile the wild geese, high in the clean blue air,
are heading home again.
Whoever you are, no matter how lonely,
the world offers itself to your imagination,
calls to you like the wild geese, harsh and exciting —
over and over announcing your place
in the family of things.

My “Wild Geese” journey — my Mary Oliver Challenge — began at the beginning of the poem:

END_OF_DOCUMENT_TOKEN_TO_BE_REPLACED

Decades ago, I belonged to a therapy group that drew on both talk and movement. One week we did an exercise in which group members took turns leading the others in improvised movement: dancing, swooping, jumping, anything they felt like doing. When a leader had enough, they would pass the role on to someone else.

Afterward, as we sat in a circle, people said that I seemed half-hearted when it was my turn to lead. I confessed that they were right: I was tired, my back hurt, and I didn’t feel like moving at all. I felt like lying down on my back and resting.

Well then, they asked: why didn’t you do that?

My response: I didn’t think I was supposed to. I thought we were supposed to move, and so I moved, even though I wanted to lie still.

END_OF_DOCUMENT_TOKEN_TO_BE_REPLACED

We bestow that wish upon strangers: cashiers, call-center employees, mail carriers. Or, if we work in one of those service jobs, upon customers. When I say it, I mean it. 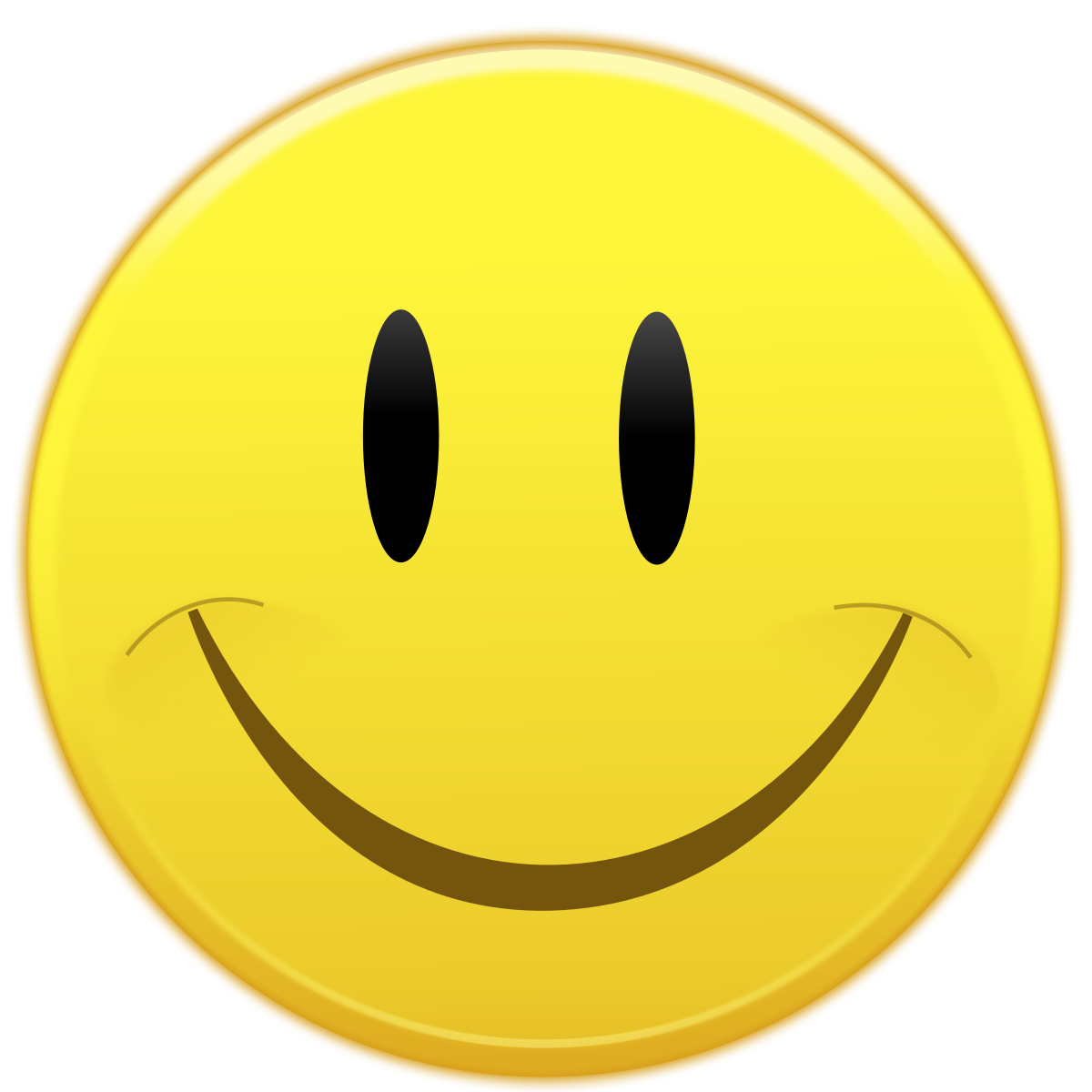 Even if the person hasn’t helped me very much, even if I thought they were rude, I do want them to have a good day. Especially if they’re stuck in a crummy job where people treat them poorly.

What does that “good day” involve? I suppose I’m extending a wish that the person’s needs be met: financial security, good health, fulfillment on the job and/or in other pursuits. Love and happiness.

What I wish for myself, however, is a different story.

END_OF_DOCUMENT_TOKEN_TO_BE_REPLACED

This advice goes beyond “if at first you don’t succeed…”

For sure, trying and trying again are essential to the practice of yoga — that’s why it’s called practice. And for sure, there is an ideal way to do any given pose.

But the saying about falling out of the pose contends that there’s more than one way to succeed. That if you can’t achieve the ideal, or a modification of the ideal, you can still succeed, simply by 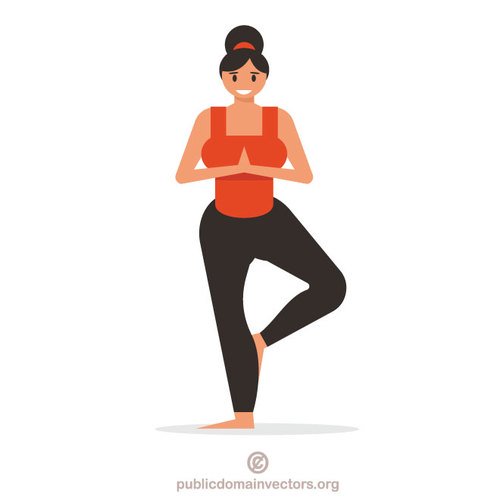 END_OF_DOCUMENT_TOKEN_TO_BE_REPLACED

I have a recurring dream in which I’m at someone’s house — sometimes I live there in the dream, although not in real life; sometimes I’m a guest — and I need to take out the trash.

Either way, it’s a large accumulation, weeks’ or more likely months’ worth. And now it’s the eve of the pickup day, and I need to shlep it all out to the curb. It will take numerous trips, and it’s getting late, and even if the people who live in the house (my parents, in some dreams) aren’t worried about it, I know it’s my job to clear it out.

I don’t remember having that dream last night, but I woke up this morning thinking about it. Why, I wondered, do I repeatedly dream about this mundane household chore? END_OF_DOCUMENT_TOKEN_TO_BE_REPLACED

In genealogy research, a cardinal rule is: work from what you know. Paper records and family members’ recollections will get you further than hunches and what-ifs.

In my life, a cardinal rule is: ask for help. Even if you’re afraid that no one will respond, or that their responses will be disappointing, or that you’ll look stupid for asking. Truly the worst thing that can happen is that you’ll come up empty — the same place you’ll be if you don’t ask.

When I recently learned these lessons — again — they produced the breakthrough I’ve been searching for.

END_OF_DOCUMENT_TOKEN_TO_BE_REPLACED

In 1935, my grandmother’s brother ambushed his ex-wife and her boyfriend, shot and wounded them both, then killed himself.

Around 1975, I heard the story for the first and last time. You can imagine that it made an impression.

Sometime in the 2010s, I decided to investigate this family tragedy/scandal/secret. Then I decided to write about it, more for therapeutic reasons than anything else. I finished a draft that I liked a lot, but it was written for myself and family. Revising it for a general readership turned out to be harder than I expected. (By this time my Lyme-induced brain fog and anxiety had kicked in big-time.) So I sat on it. For years.

Last May, I finished a new draft. But I wasn’t sure where to submit it for publication. So I sat on it again.

Why the hesitation, the procrastination? Well, you know: perfectionism. Fear of failure. The “not good enough” feeling. I had to get past those obstacles and a few others: concern about what some family members would think. The notion that I need to get paid for this labor of love. The notion that it should go in a “real” publication. The need to find the right photos in an old album, remember how to use my scanner, and put the whole thing together.

And now, finally, here it is: “The Ballad of Frank and Tookie.” Let me know what you think.

What is the Mary Oliver Challenge? Glad you asked! You can read about it here.

It’s autumn. It’s the autumn of my life, and that cliché is falling upon me like a ton of dead leaves.

On the yearly calendar, it’s the very beginning of autumn. The trees are overwhelmingly green. As I type this, sitting on the deck, I’m wishing I wore shorts instead of jeans. But time moves fast: When I began writing this, our autumn sedum was light pink. Just two days later, it is approaching the deep red it will soon become.

On the calendar of my life, I am deep into the third season. That doesn’t sound right, but I can’t dispute the numbers.