I’m searching for the origins of my great-grandfather Bernard Akerman.

I’m searching for the origins of my Jewish DNA.

Increasingly, I’m convinced those two searches will lead me to the same destination.

Family history has become my passion in recent years. I have solved a few mysteries, connected with a few previously unknown cousins, and identified many more new-to-me relatives—and quite a few new mysteries.

My Great-Grandpa Akerman has been one of those mysteries from the get-go.

END_OF_DOCUMENT_TOKEN_TO_BE_REPLACED 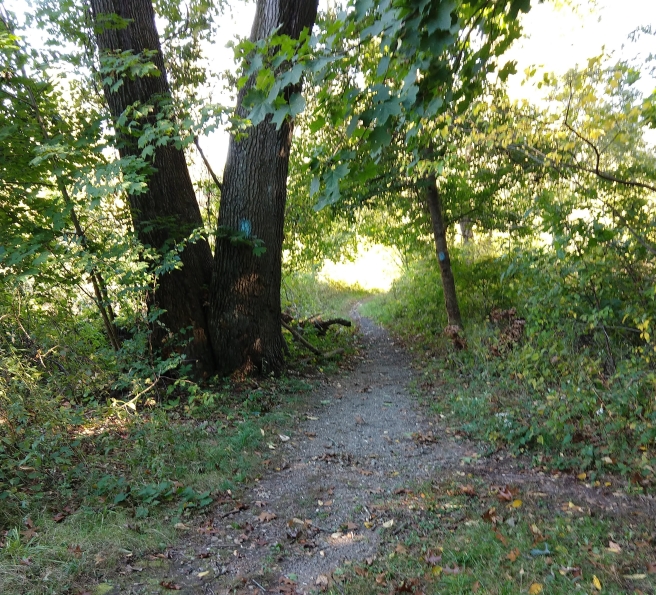 I’m trying to get to bed earlier. It’s a continual challenge. But it was going well this week — until last night, when I stayed up doing family history research until 3 (!!!!) a.m.

Then I went to bed and dreamed that I was driving along a ridge, across the grass and dirt and rocks, at high speed. I wanted to be on the highway that ran parallel on my right. But I was having a very hard time getting there.

Gee, I wonder what that was about?

I have written frequently about my ongoing efforts to get on track, stay on track, get back on track. I think about it even more frequently — like, pretty much every day.

END_OF_DOCUMENT_TOKEN_TO_BE_REPLACED

My Grandpa O’Neil was a man of few words and even fewer stories. Although he lived until I was nearly 30, I can remember him telling only two stories. One, about the man who was so rich that he lit his cigar with a $50 bill, was quintessential Grandpa: always worried about money, and impressed by people who flouted that worry.

Grandpa’s other story gave me a rare glimpse of his mother’s personality. Catherine Kelly O’Neil was born in Scotland to Irish parents. When people would say, “Oh, you’re Scottish,” she would retort: “If a cat is born in the barn, that doesn’t make it a cow!”

I guess Grandpa’s mother knew who she was, and who she was not. But I wonder whether her identity had more layers than the cat-not-cow story might imply.